Kava Restaurants LLC is a large and fast-growing franchise group that operates 79 Tim Hortons and 13 Cold Stone Creamery restaurants across Michigan, Ohio, West Virginia, and Kentucky. Our size and scale enable rapid growth and development opportunities for our valued employees across the many facets of our organization. Based in Rochester, Michigan, Kava is focused on growing in our primary markets, while continuing the development of our great team and providing the highest quality service to our guests. 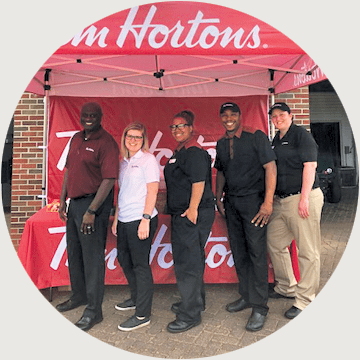 What Do We Care About?

We believe that people come first in every aspect of our business and operations. We strive to offer the best possible beverages, food and hospitality to our guests, while encouraging and supporting our employees to grow personally and professionally within our organization. Our mission is to be the “community cup of coffee”. We care about building authentic relationships with our guests and do so by supporting local organizations and groups within our communities. We recognize that the Tim Hortons brand is bigger than coffee – it’s a sense of community and family.

Kava was formed in May 2017 when Tom Reedy teamed up with long-time friend and former colleague, Steve Williams, to start a restaurant group that was people-forward. Prior to starting Kava, Tom spent his entire career on Wall Street and investing in startups, while Steve has built a track record of success in leading multiple QSR concepts. With an underlying love for the Tim Hortons brand and product, especially the coffee, Tom and Steve decided to invest in and help grow the brand in Michigan through an initial acquisition of 24 restaurants. 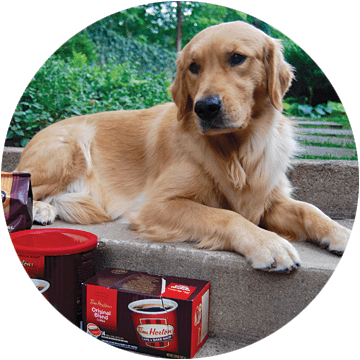 The name “Kava” was a no-brainer as not only does Tom’s golden retriever share the same name, but it also translates to “coffee” in Croatian, which is the native language of one of Kava’s founding members, Tony Pervan. While we think dogs are the coolest, unfortunately they can’t run our restaurants, so Tom and Steve created a dream team of people focused on developing the Kava team, supporting the community and, of course, serving the best beverages and food Tim Hortons has to offer. Since inception, Kava has grown to 79 stores in Michigan, Ohio, West Virginia, and Kentucky, many of which also include Cold Stone Creamery, a premium ice cream chain where the ice cream is made in-house. Kava has plans to continue expansion, with the goal of being the “community cup of coffee” by empowering our people to enrich lives and bring people together, one cup of coffee at a time.

Kava in the Community

How does Tim Hortons stack up? Watch this episode of Action News’ “Restaurant Report Card” from WXYZ-TV Channel Detroit to see what grade the Highland Park location got.

The 2nd Annual Patriot Ruck presented by Power Home Solar will take place on Sunday, September 9, 2018, from 9:00am-Noon.  The Ruck is a military-style walk through Downtown Detroit to honor all military members, veterans and first responders who have served and sacrificed since the attacks on 9/11, Patriot Day. Read the full story.